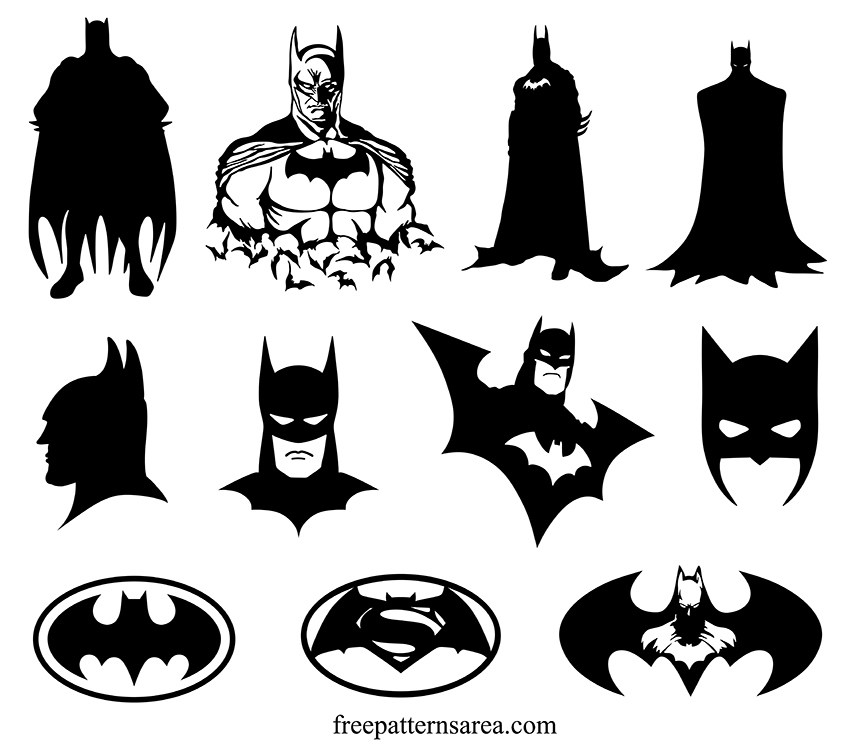 11 different vector designs including the silhouette view and logos of the superhero Batman. Awesome Batman clipart illustrations those are printable both in black and white and outline.

Batman is a superhero fighting against evil created by artist Bob Kane and writer Bill Finger. Bruce Wayne witnessed her family getting murdered by criminals when he was a child, and then swore to save the city from the evils that took her family’s life. He evolved into physical and intellectual perfection in time, and with his bat-themed outfit, he terrified criminals by instilling fear into their hearts.

Batman, the protector of Gotham City, has no superhuman powers like other superheroes.  Instead, he relies on his intelligence, fighting skills, and his wealth. While fighting criminals, Batman uses bat-themed special high-tech tools and weapons.  His armored costume, mask and cloak contain bats images to terrify the criminals. Batcave is Batman’s high-tech headquarters, located in secret caves under Wayne Manor. The heavily armored tactical attack car he uses while fighting criminals is the Batmobile. Batmobile has distinctive bat motifs, including wing-shaped tail fins.

In this project, we drew batman silhouette graphics designs for batman fans. These designs are vector, CAD block and outline template file packages containing eleven different Batman face, mask, logo and body images. Since these files can be printed and cut, they can be used as cutting files for cricut, silhouette cameo, plotter, sticker cutter and CNC laser cutting machines. They can be used in graphic projects as well.

Batman PNG black and white clipart file is in HD resolution. You can use this file for your transparent vector need for Photoshop. EPS file is a scalable vector file. You can use vector-based graphics software such as Illustrator and Inkscape to open and scale this file. SVG file is a cuttable and scalable vector file without any loss of resolution. This file can be used as a digital cut file for graphic projects or computer controlled cutting machines such as cricut and silhouette cameos. DXF and DWG files are CAD files. You can open this file with CAD-based software such as Autocad.  If you need outline drawings of Batman silhouettes, you should download the PDF file. This file is a printable Batman template file. The CDR file is a Batman outline vector file. You can open this file with Corel Draw. This file format can also be used as a cut file for CNC-based laser cutting machines.

These illustrations are for the personal use of Batman fans. All copyrights of the Batman logo and images belong to DC Comics. They cannot be for commercial purposes. By downloading these files, you agree to these terms. 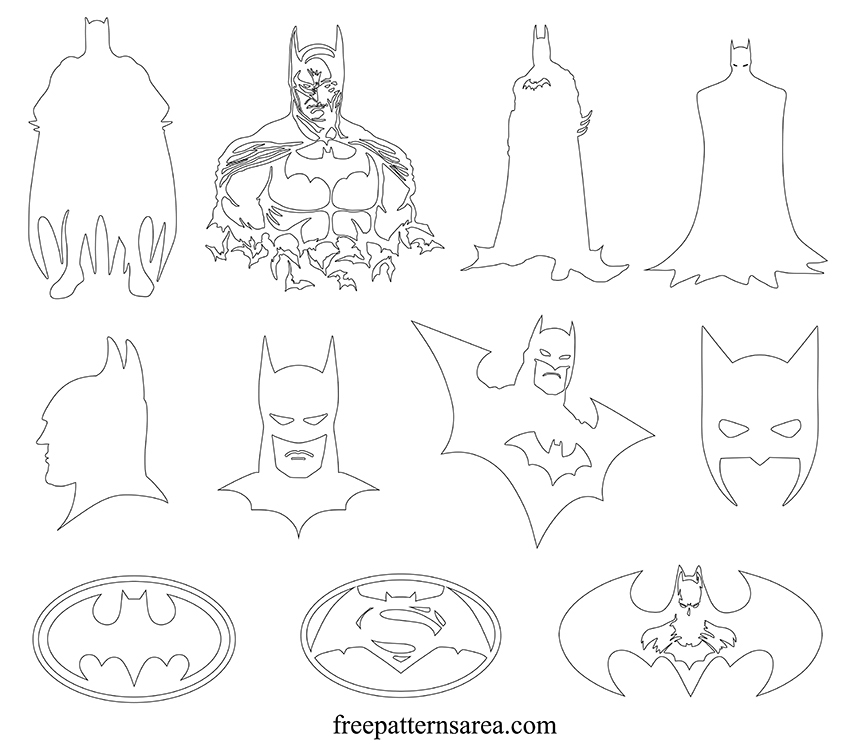 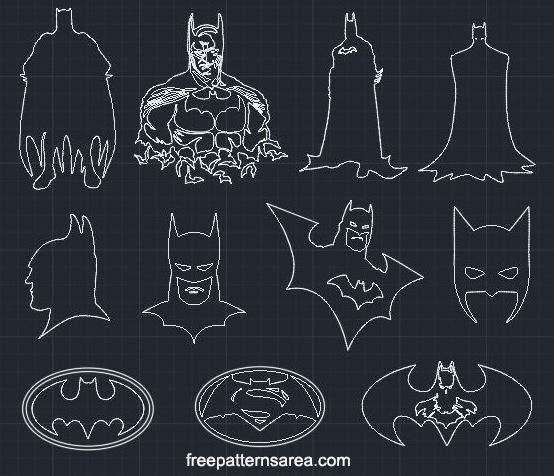