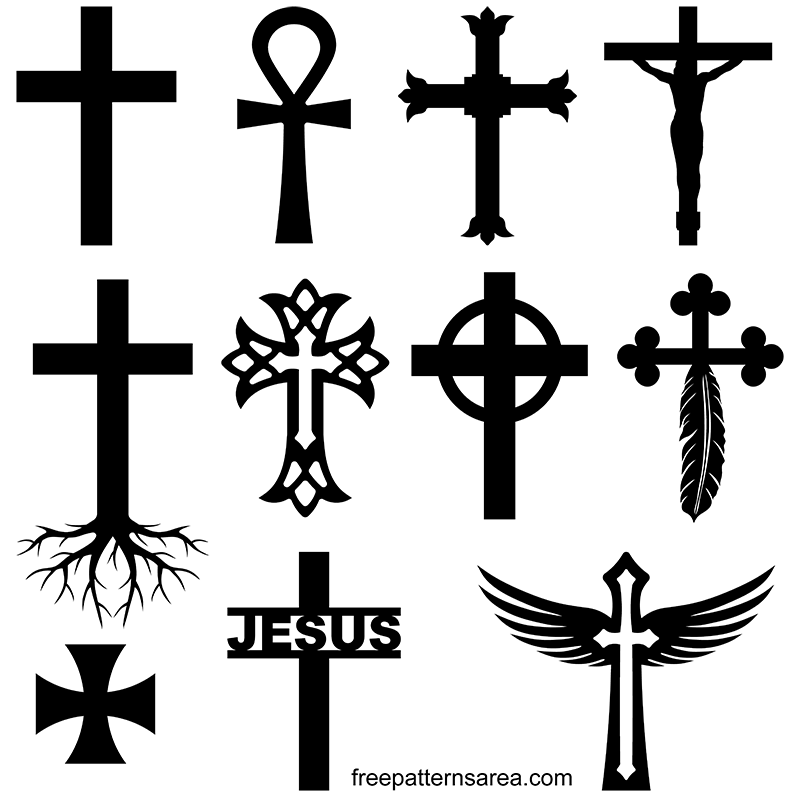 Vector collection of 11 different Christian cross images. Free cross vector, CAD, graphic and outline files that you can use as a digital cutting file.

The cross is one of the oldest symbols used by mankind. This symbol often appears in different religions and civilizations. This geometric form has numerous uses in architecture, art, mathematics, religion and culture. After the 2nd century A.D., it became associated with Christianity. Since then it has been the most important symbol of Christianity. The cross was a means of punishing criminals and dissidents during the Roman period. The very painful punishment made it a means of fear and oppression on people. During this period of humanity, the crucifix, which was an important symbol throughout the history of humanity, was imposed a meaning it did not deserve.

In this age of fear and corruption, God sent his son Jesus as a savior to mankind. People’s sins were so much that only the son of God could have cleansed them. God chose his son as a sacrifice and loaded the sins of men upon him. Jesus took on the sins of all men and their suffering for these sins. At the end of great pain and torture Jesus sacrificed his life for us. As he sacrificed his life, the light of the sun went out, the darkness fell.

God is just, and he had to be fair to punish people for their sins. God also loves people. He sent his son to us to take on the suffering. The cross form is essentially the symbol of this love. Some people look at the cross and keep the pain and problems of old. Jesus took those pains on and paid the debt of mankind. Look at the cross and remember love and salvation.

In this project, we have prepared a vector collection of silhouette images of Christian crosses. These illustrations, which can also be used as a cross clipart, are printable and cuttable. You can run cross cuttable svg and dxf files on cutting machines such as Vinyl Cutter, Laser Cutter, Cricut and Cameo. If you are looking for a printable simple cross cut out template, you should download the outline pdf file. You can download the transparent black and white png file of Cross art designs for your graphic works. 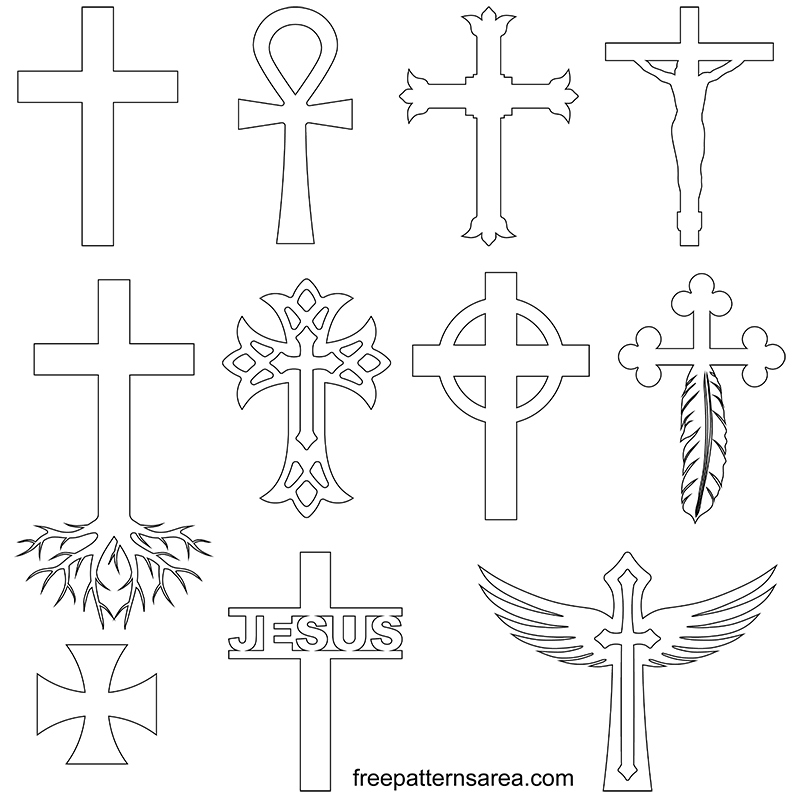 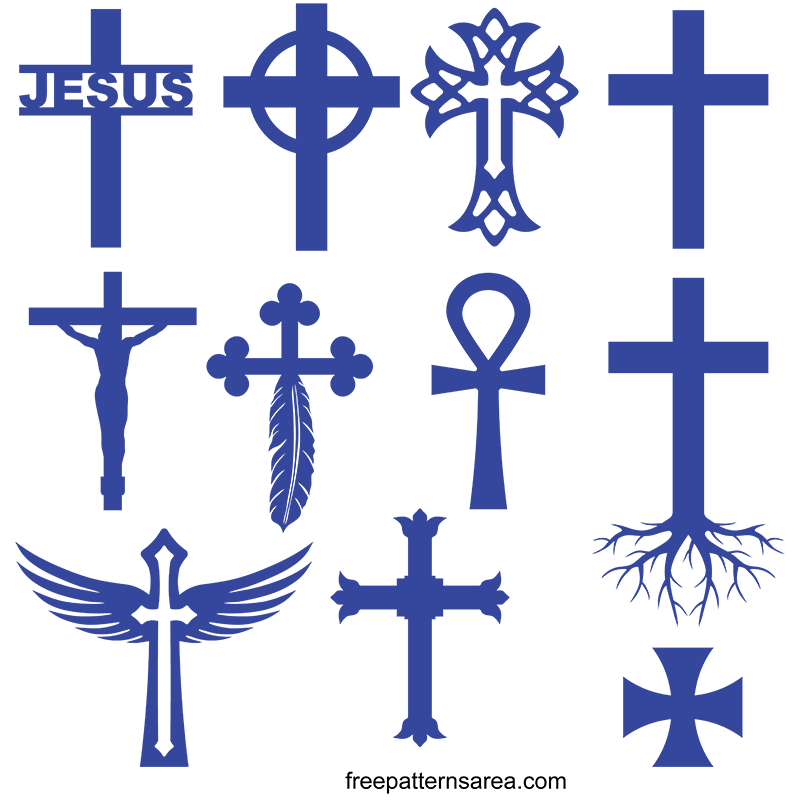 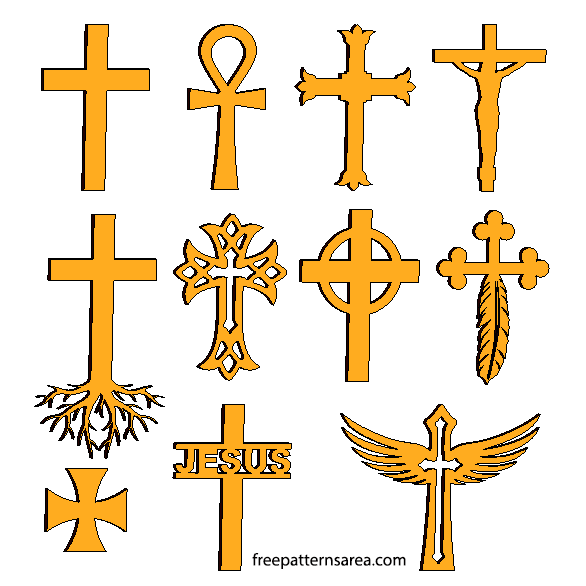 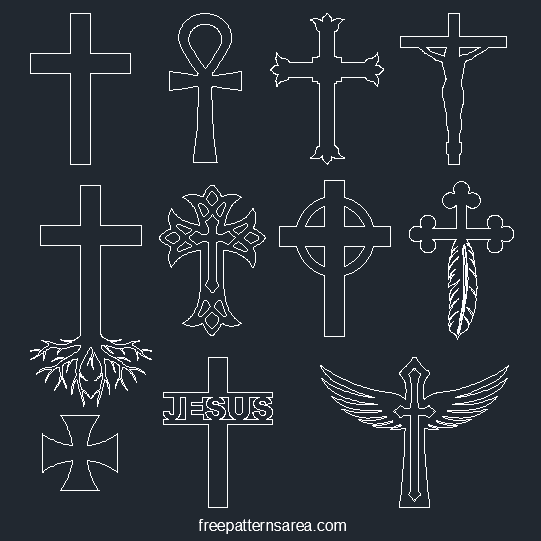