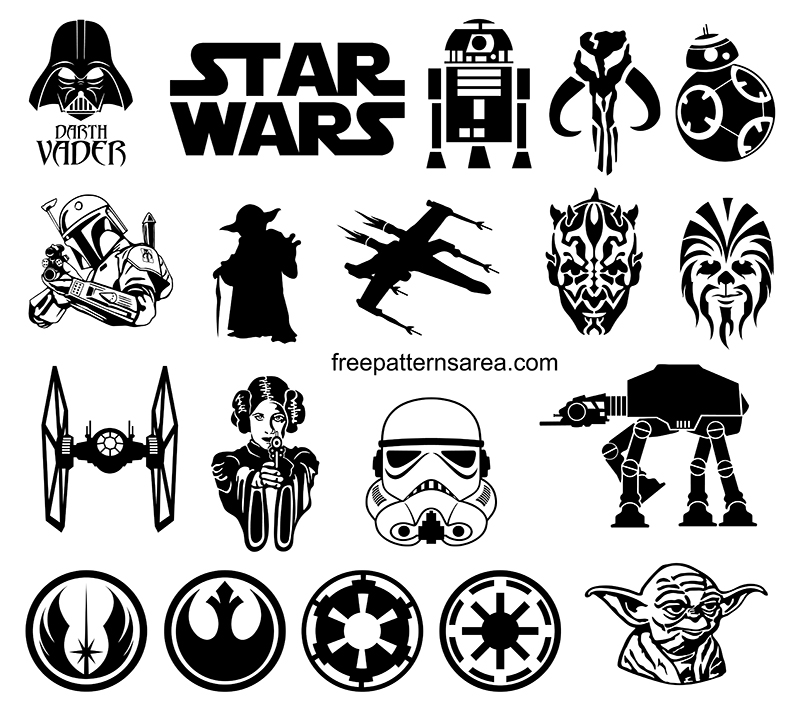 A silhouette vector collection of famous characters and logos from the Star Wars movie series. If you are looking for black graphic, CAD or outline files of Star Wars symbols and characters, this drawing pack may be for you. You can download free svg, dxf, png, pdf, eps, cdr, dwg and stl files of these images.

Star Wars, created by George Lucas, first met with audiences in movie theaters on May 25, 1977. Since then, this fictional universe has become famous by spreading to all world cinemas. It has become one of the most important phenomena of popular culture with its sequels, comics, books, video games and cartoons following the first movie.

The fictional universe of Star Wars has become a mythology belonging to today’s popular culture. This fictional universe takes place in a galaxy far, far away. Along with the human race, many alien races were also depicted in the movie. Robots or droids, who usually follow the orders of their owners and help them in their work, also take place in this fictional universe. Traveling at the speed of light, which is a product of high technology, and travel between planets is common. Many planets in the universe are members of the Galactic Republic.

In the six main movies, there is a struggle between the Jedi who use The Force for good and the dark side Sith who use it for evil. The Force is an energy field created by all living things. Through training and meditation, some characters who are sensitive to power gain abilities such as telekinesis, mind control, divination and telepathy. Beyond the spectacular action, it is the mystery of the spirit that perpetuates the Star Wars movies. Star Wars has a hidden message beyond franchise statistics: We must transcend the boundaries of our earthly identities and dualities and find our true selves in the loving union of power.

Star Wars SVG, PNG, and EPS files that you can download for free are vector art files. The svg silhouette file is also a digital cutting file that you can use in plotter machines such as cricut and silhouette cameo.

You can use the Star Wars outline drawings in the printable PDF file as a template.

DXF and DWG files are CAD files. You can open and edit these files with software such as Autocad. The illustrations in this collection are impeccable as they are made by hand. That’s why you can use the free Star Wars DXF file as a cutting file on CNC laser cutting machines without any problems. 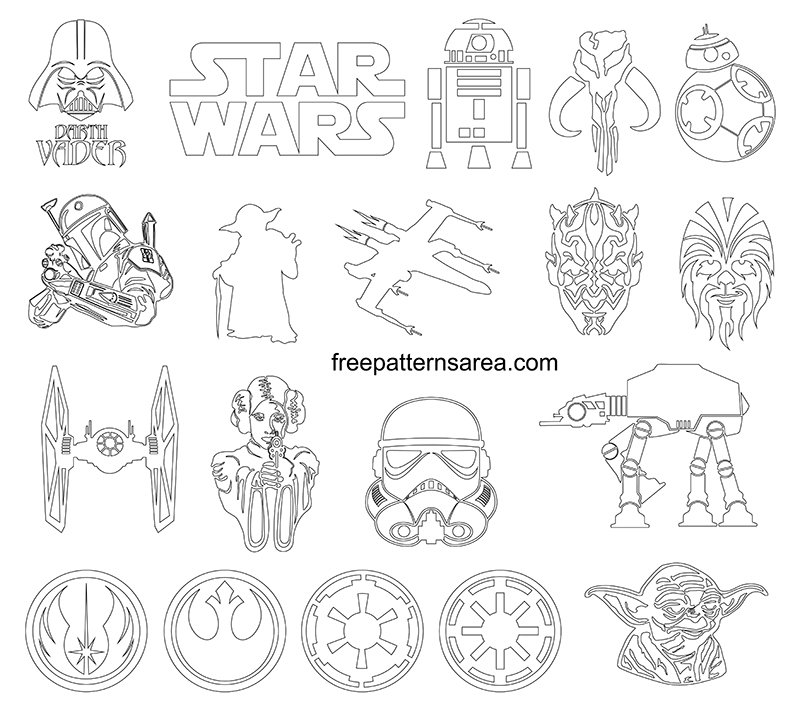 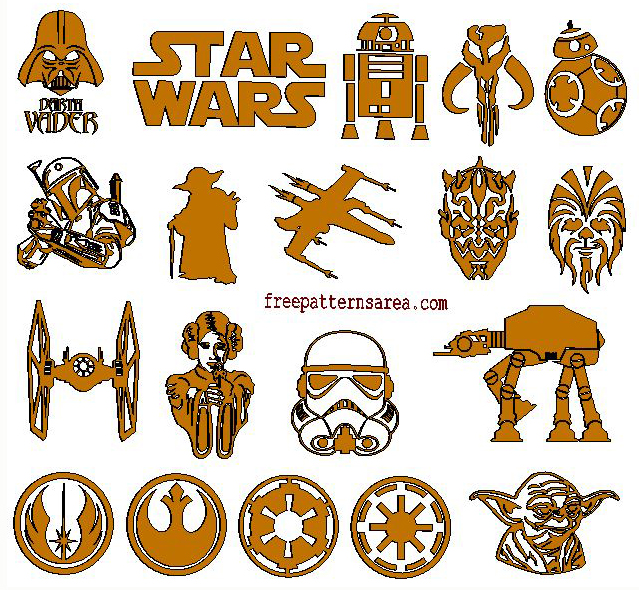 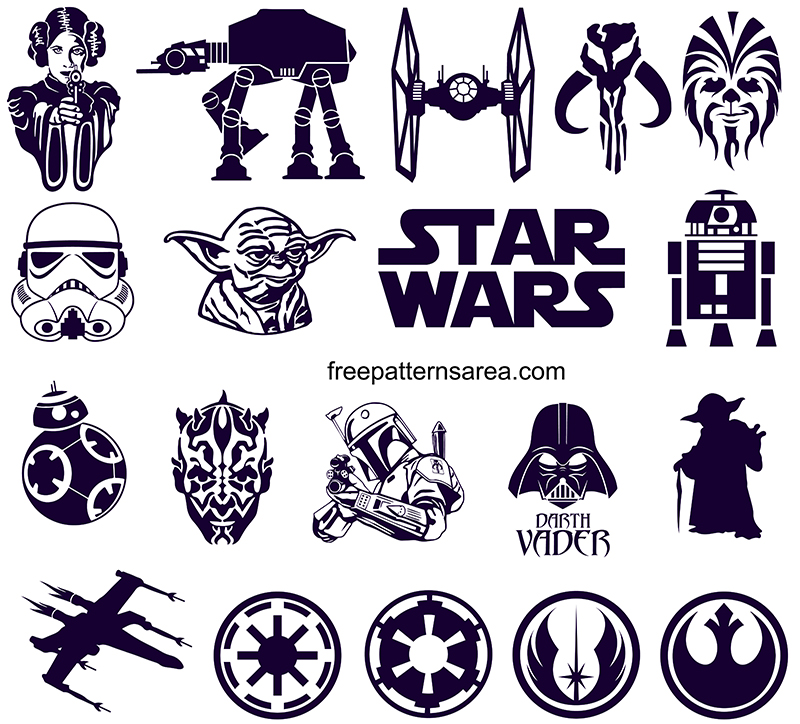 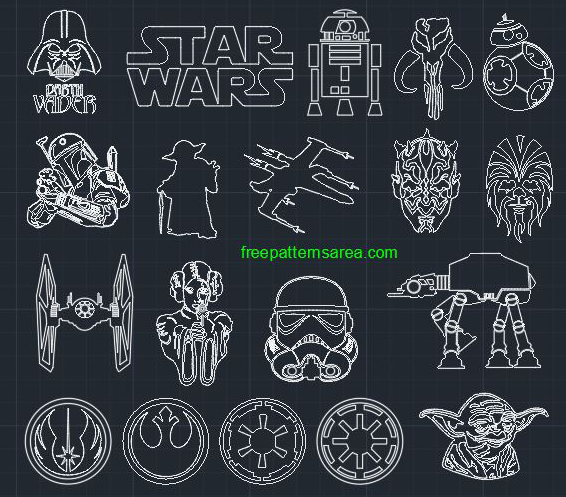