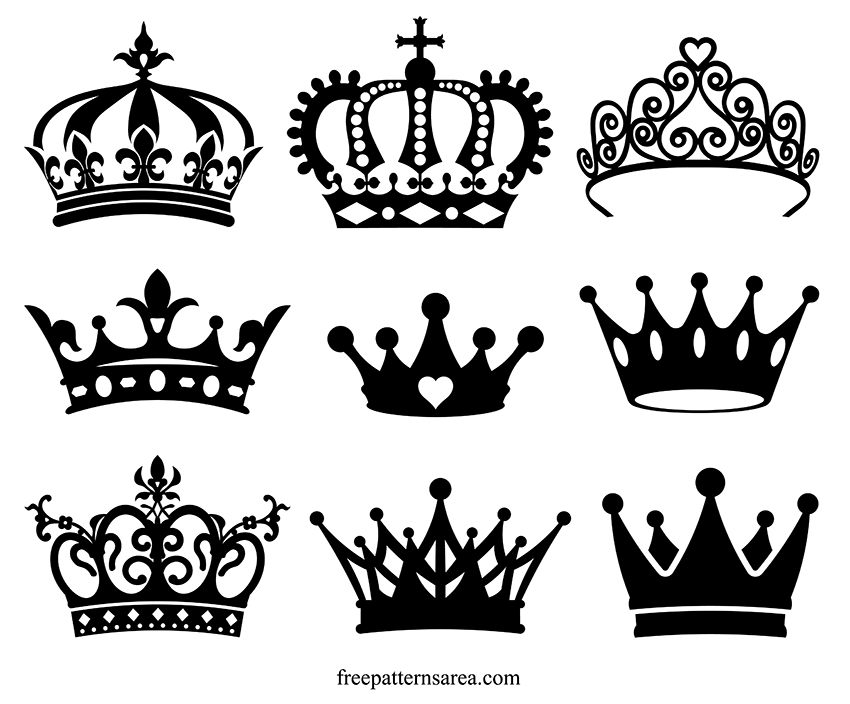 Crowns are traditional head ornaments that symbolize earthly power and authority. In many cultures, rulers were believed to have received this power and authority from God, and this divine authority was believed to protect the king and his people. As proof of this, many works in western art have depictions of the crown brought by the angels or placed on the king’s head by the angels.

Since it also symbolizes nobility, there are different forms of crown worn by princes and princesses as well as kings, queens and emperors. The different crown forms worn by descendants of rulers are basically indications of the monarchy. Because of the symbolic meaning of the crown, the power and authority of the nobles who carried it had to be accepted by other people. Generally speaking, the crown would represent the highest power in a territory of sovereignty.

As time passed in European history, crowns became more decorated. Crowns made of precious metals such as gold were covered with diamonds, rubies and other precious stones. These magnificent and ornamented crowns were expressing wealth as well as the authoritarian power of the king. This power and wealth would be taken over by the new ruler with magnificent coronations. The new king was anointed with divine oil at the coronation ceremony and received the crown and other royal insignia from the clergy.

The crown symbol form is still pretty cool, although the number of kings and queens are no longer the same. We often use this flamboyant symbol in tattoo, logo, craft and graphic projects. In this project, we have drawn 9 different collections of great silhouette crown imageler. This collection pack includes clipart vectors of king crown, queen crown, princess crown, royal crown and tiara crown these crown shapes files are printable.

The designs of this collection are published in eight different file formats. These are dxf, png, svg, eps, cdr, pdf, dwg and stl file formats. You can download eps, png and svg crown silhouette vector file formats for your graphic projects. Black crown png file is transparent and HD. If you are looking for outline crown template drawings for crafting, you must download the pdf or cdr file. Dxf and dwg files are CAD drawing files. The scalable crown svg graphic file is also a digital cutting file. 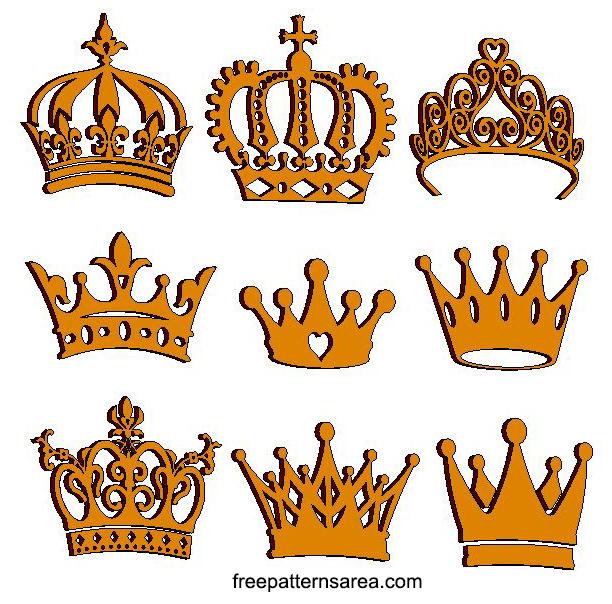 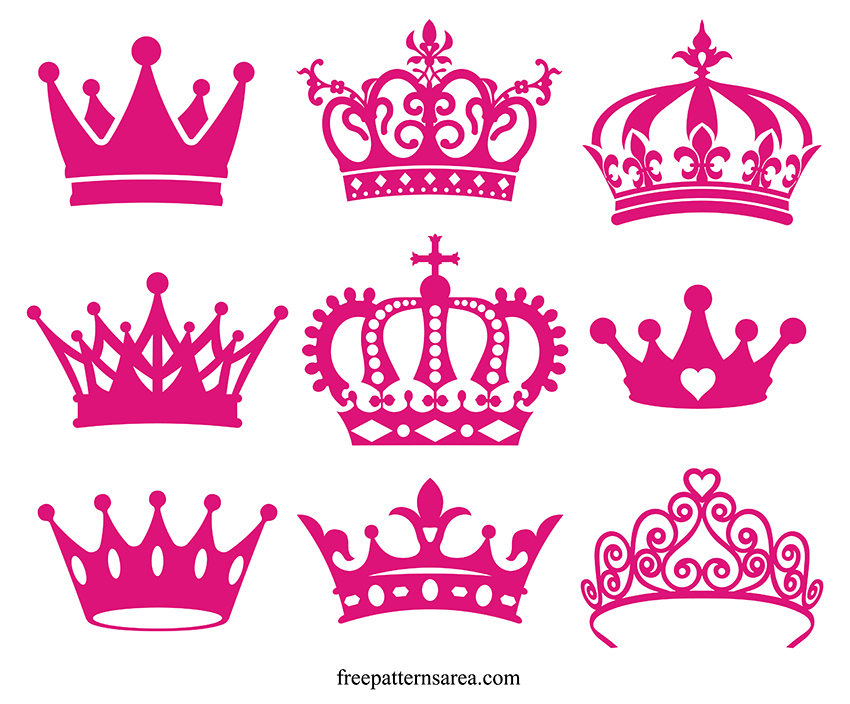 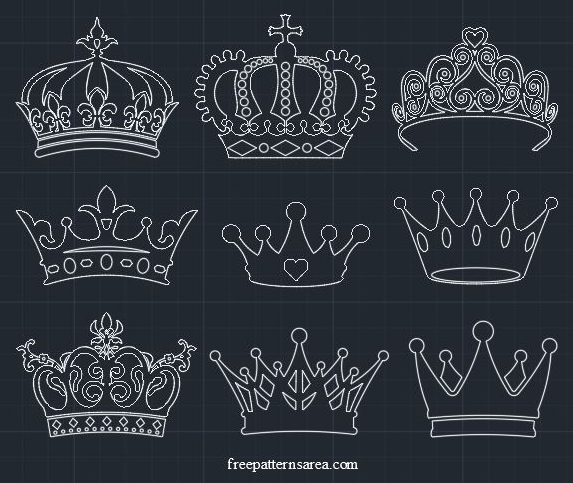