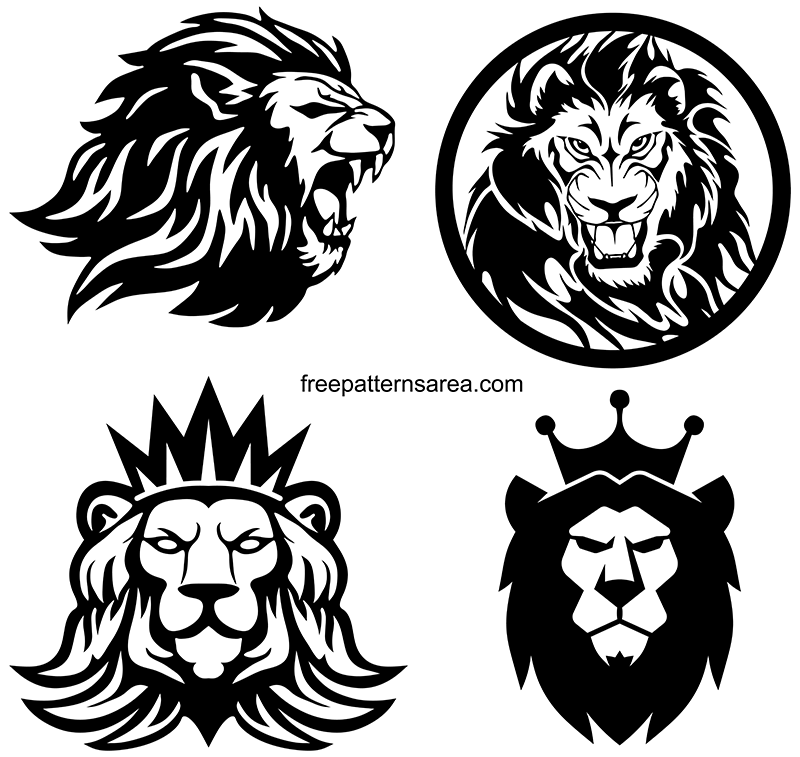 Lions are one of the oldest members of the felidae family, whose origins date back to about 25 million years ago. They are the kings of the animal kingdom with their characteristic and physical features. Their claws are an attack weapon, while their mane is their defensive weapon against other predators and their breed. Their mane protects them as a shield. Compared to other cats, lions are very social and are unrivaled predators with their superior intelligence, fearless character and extraordinary physical features. Thanks to their superior intelligence, a herd of lions, always a strategist, is the fearful dream of all land animals. They can hunt day and night with their sharp night vision capabilities.

The Esoteric Meaning of Lions:

With its face and distinctive mane, lions are one of the most commonly used symbols in human culture. We find lion symbolism in many religions, doctrines and civilizations. From primitive pagan beliefs to ancient Egypt, Greece, Iran, India and Europe, this symbol has become an important figure sometimes as a god, sometimes as a guard, and at times as a monster.

Esoterically, lion symbolism has more than one meaning hidden within each other. The broadest meaning is, “Divine Will”. With its sharp vision, it can be active day and night and this distinguishes it from other animals. Just like god, they can rule every moment. Especially during the Roman period, lion-head forms were used in fountains, door knockers, pools, horse-drawn carriages, helmets, boats, water outlets and in many public places. This may indicate that gods see everything day and night like a lion, and that their restraint and forces are on Romans at any time.

According to the symbolism of force, it also represents superior protection. In architecture, many sphinxes and statues are found in structures such as cemeteries, temples and palaces. Thus, the lion form represents to protect the construction next to it. 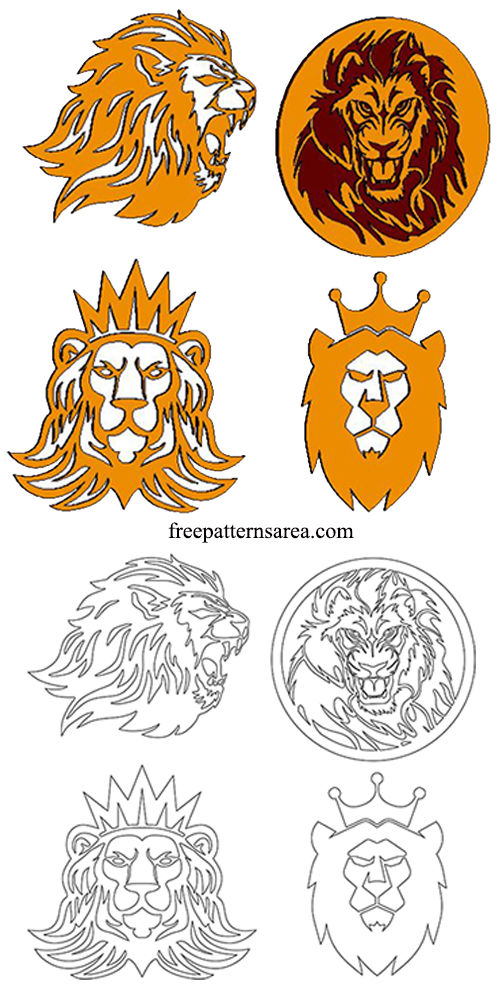 Another meaning of the lion symbol in esotericism is that it stands for the person who has the knowledge of the truth. Those who reach the knowledge of the truth also have the strength and protection power of the lion. In medieval symbolism, the lion often appears as a symbol of Jesus. As the son of God, lion expresses his power and protection features. Jesus is both the heavenly king and the protector of the believers on earth. In Hinduism, the world is protected by Vishnu when threatened by evil, chaos and destructive forces. Vishnu Narashima (lion-human) is manifested in the form of punishment of Vraha who began to exceed his limit and slaughtered Vraha.

The lion symbol is still frequently used in the modern world. In this project, we have redrawn some lion head images that we found aesthetically attractive. We think these designs are great examples of lion vector art. You can download 8 different cuttable and printable files from these lion graphic designs for free. These files are svg, png, dxf, eps, dwg, pdf, cdr and stl files with four different lion faces. They may be copyrighted, so you should not use them commercially. 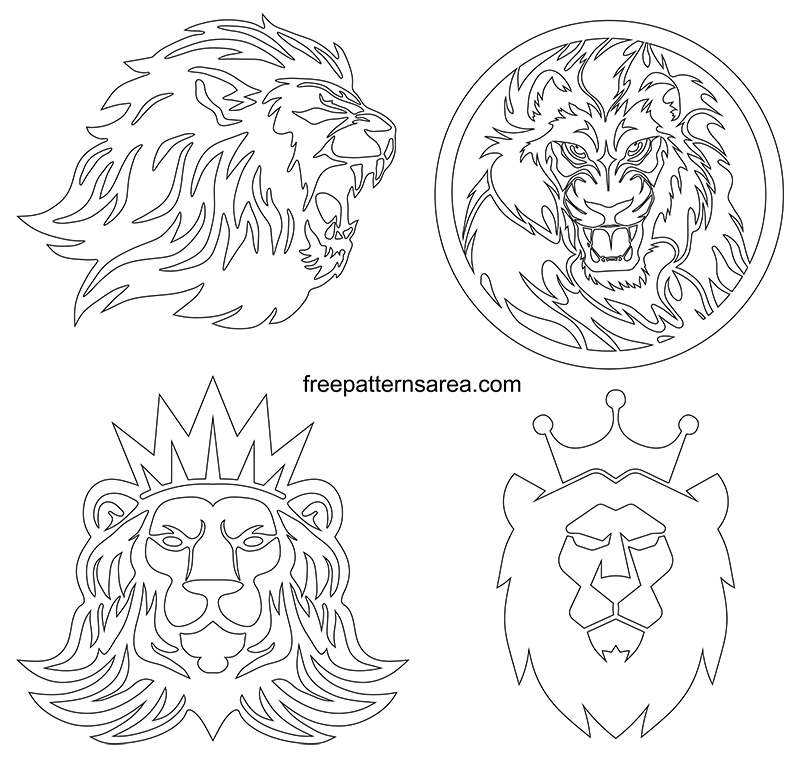 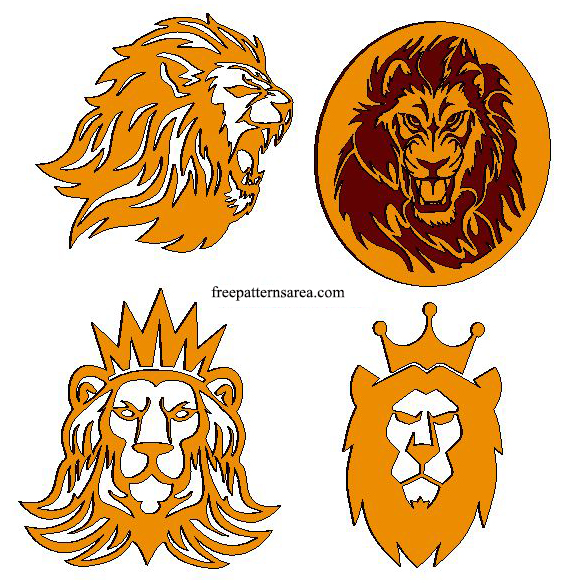 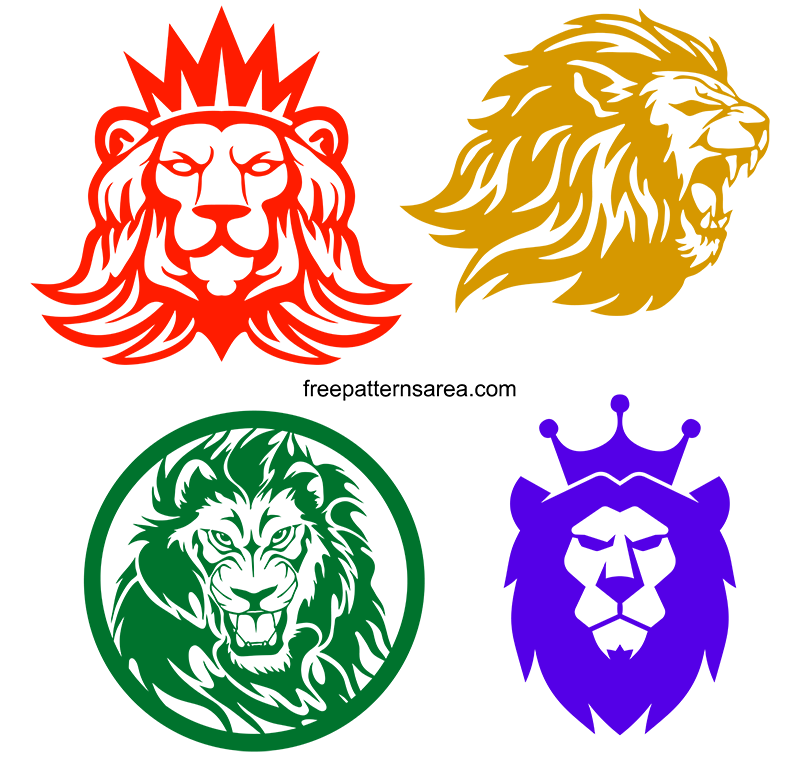 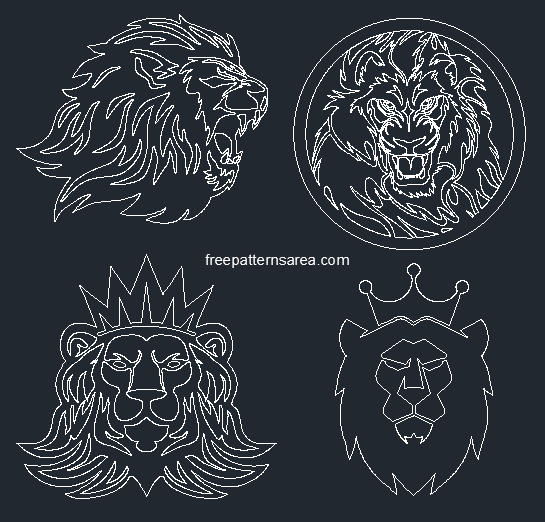