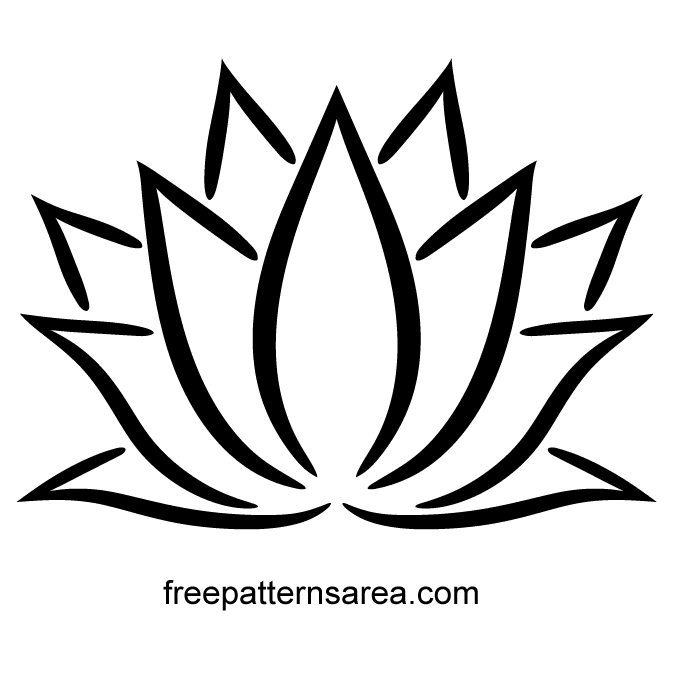 The lotus flower symbol has been used by many cultures in different geographies for thousands of years. Many mysterious information symbolized with this flower. It is a universal esoteric symbol.

Meaning of Lotus Flower According to Different Cultures

It is believed that the sacred lotus flower used for the first time in the civilization of MU tens of thousands of years ago and it spread to the rest of the world from there.

It was believed that this flower represented the sacred sun and rebirth in Egyptian Civilization. The creation began with the blue lotus flower which the name of Sun God Atumun was given to the flower. Lotus became the symbol of life. With its this aspect, it often used to symbolize the women’s fertility organ and life.

Lotus reblooms during the day by getting out of the water. It sinks under the water during the night by closing its flowers. With this aspect, it is believed that it symbolizes the sun and rebirth.

The seeds of the lotus found after the floods harvested and used in breadmaking. Ancient Egyptians used to believe that the first information about the use of lotus seeds as a food was given by God Isis.

This plant has also been used medically in Egypt for the treatment of many diseases. 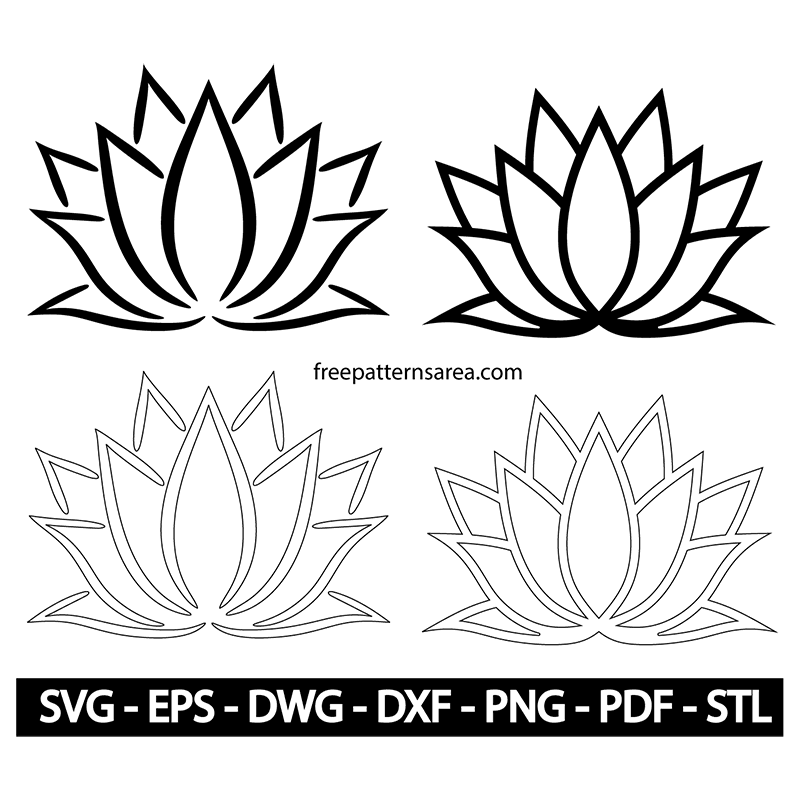 Symbolism and Meaning of Lotus Flower in Buddhism

Lotus which blooms since Buddha has become the symbol of purity. The lotus flower, which grows in mud and has its roots in mud will get out of the mud after it reaches a certain maturity. It cleans itself and blooms clean flowers. It smells good. The lotus flower also represents the stages of the eight steps of the Buddhist path. Mud is made up of soil and water which is the raw material of the world. The human body also made of from the materials that make up the mud. But the human spirit is pure and clean. All trials, sorrow, and transformations of the soul take place in this mud. The soul which resists to all of these like a lotus flower in the mud will rise to the knowledge and light. It will be cleaned like the lotus flower, blooms colorful flowers and smells good. Blooming of lotus by getting out of the mud symbolizes the ability to overcome the addictions, not get caught up in the world’s temporary feelings and situations and not to be stuck with material things.

White Lotus: It represents the awakened and purified spirit, mind and body. The pains of the soul are caused by desires of the temporary world. The first step of awakening is, the mind should get rid of these temporary desired and demands by realizing the pain and fear. The soul and body, saved itself from pain and fear will catch the harmony, it will purify and become pure.

Red Lotus: It symbolizes the passion, love, and heart. It is the expression of passion towards real knowledge, enlightenment and eternity.

Pink Lotus: Pink is obtained with the mix of red and white. Its esoteric meaning is, meanings represented with the white lotus and red lotus is available in pink lotus in a harmony. It represents that pure mind and heart is together. It is the point of excellence. The white color should be more than the red color in order to obtain the pink in the lotus flower.

Blue Lotus: It expresses the victory of the soul over the body and be ready for the final life before death, reaching wisdom and a new birth. It is expressed with a blue lotus which did not bloom fully. Its buds are not visible.

Purple Lotus: It can’t be seen in main Buddhist sects. It takes place in esoteric trends. The purple is obtained with the mix of red and blue colors. It refers the body, the space, and the temporal state of soul which reached the pure love and infinite wisdom.

Meaning of Lotus Flower in Hinduism

Lotus flower is one of the important symbols of Hinduism. God Brahma and his wife the Goddess of Wisdom Saraswati is often shown while they are sitting on a white lotus. A bloomed white lotus flower symbolizes sinfulness and purity since no mud touches it. The purpose of the mankind is to be a lotus flower. To comply with God Dharma without being bound to the world and his sins.

The vector of the sacred lotus symbol that we have designed is in two forms as stencil and silhouette vector. The drawing of the symbol made manually with CAD software. It is compatible with CNC and laser cutting machines, Cricut and printers. Free line out and graphic vector designs are available in separate file formats as transparent. This design can be used to cut and excavate materials such as wood, metal, acrylic, paper, leather, vinyl. You can use this design to prepare vinyl stickers & decals. You can stick on your car, laptop, wall, and phone. You can also use it as fabric print, clipart, vector, tattoo design. You can take advantage of the energy of this form. 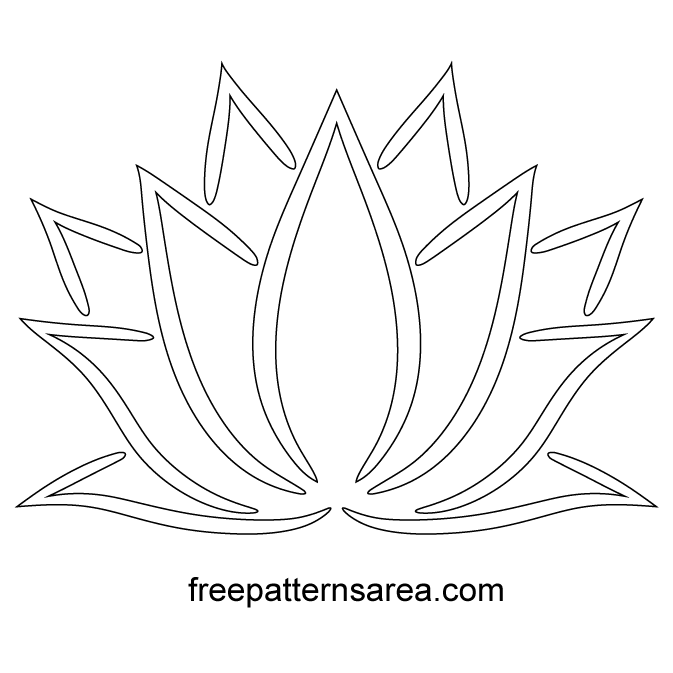 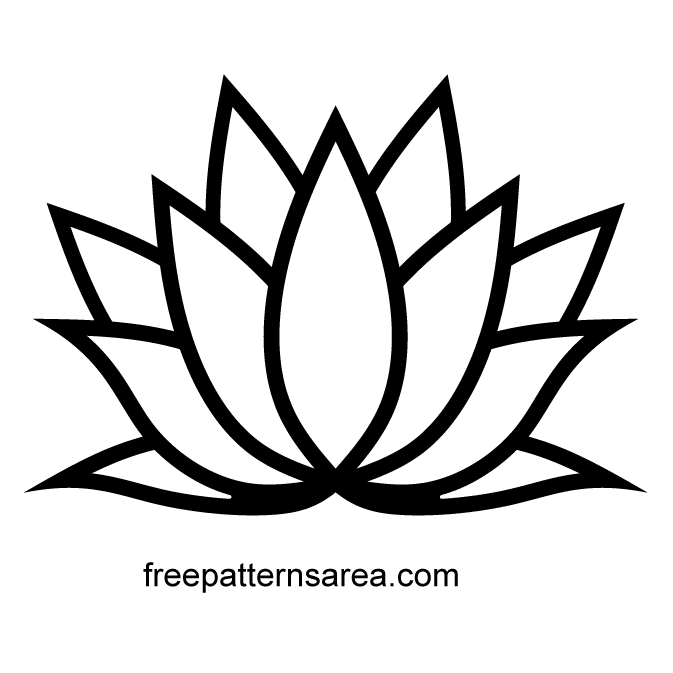 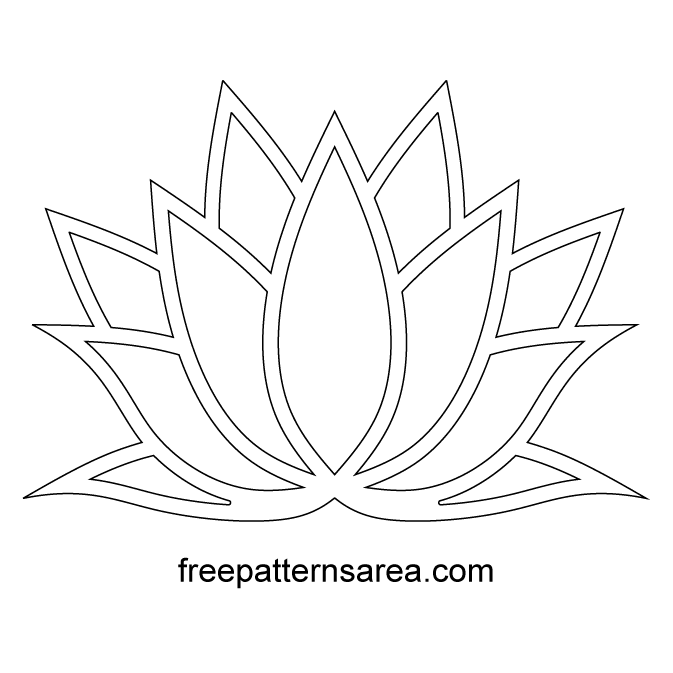