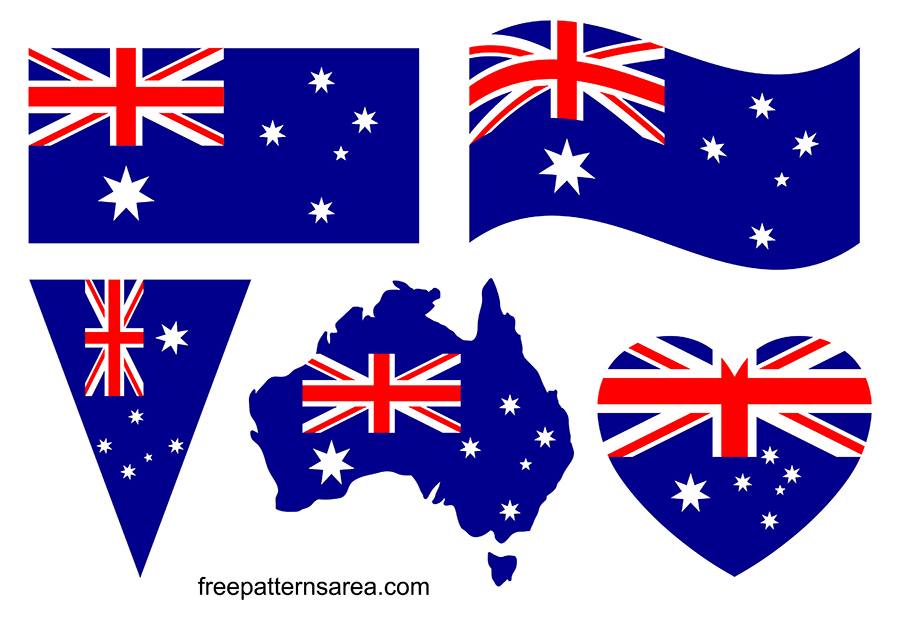 Australia is a country and continent most famous for its natural beauty. It is one of the happiest countries in the world with its warm people, natural beauties, detached houses with gardens, tropical climate, magnificent buildings, festivals, sports competitions and car traffic ease. In addition, it has been chosen as one of the five most liveable countries by the United Nations.

In this project, we’ve drawn 5 different Australia Flag images for our warm-blooded Australian visitors. The first of these images is the national flag, which we’ve drawn by following the legally determined measurements. In the other design, we’ve applied a wave effect to the national flag. In the next design, there is a flag in triangular form. Our fourth great design is a silhouette flag drawing embedded in the Australian map. The final design is a heart-shaped flag drawing.

We’ve organized these Australian flag drawings designs in eight different file formats. There are 2 different concepts in these eight files; these are coloured and black and white silhouette concepts. The coloured concept is graphic vectors of the Australian flag. The black and white concept is the silhouette cutting files we have prepared mostly for cutting machines. Since these files are cuttable, they can be used in machines such as cnc, laser cutting machines, sticker maker, stencil maker, decal maker, cricut. These cuttable file formats are DXF, CDR, SVG files of the Australian flag.

Meaning of the Australian Flag

Crux (Southern Cross): It consists of five stars visible to the naked eye in the southern sky of the Milky Way. It is of particular significance in Australia and New Zealand, where it can be observed all year round.

Commonwealth Star: The 6 branches of this star represent the 6 founding states of Australia. These are: New South Wales, Victoria, Queensland, South Australia, Western Australia and Tasmania. The 7th Point used to represent the Papua region but Papua has gained independence as Papua New Guinea. Since then, the 7th point has been used to represent future regions.

All files of the Australian flag are printable and cuttable. They are compatible with CNC machines, laser cutting machines and die cutter craft machines. If you are looking for an Australian flag cutting file, you can download SVG, DXF, CDR files for free. EPS, PNG and SVG files are vector art files which can be used in your graphic projects. PNG file is HD and transparent. Coloured and black and white designs are available in this file format. The PDF template file is the outline pattern file. 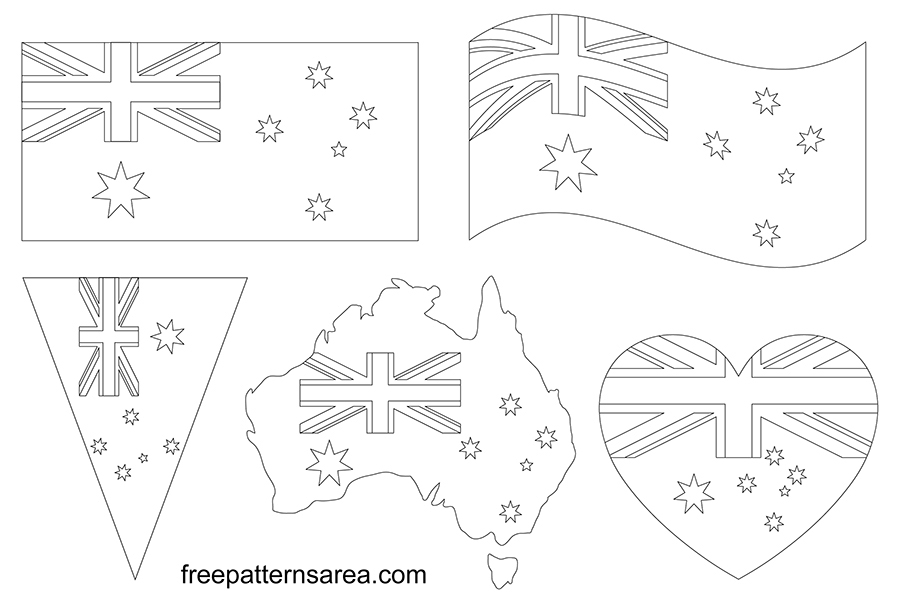