Ruth Handler and her husband Elliot founded the famous toy firm Mattel Inc. in 1945. Ruth Handler realized the toys he could give  his daughter to play were only in the mother and carer role model. She believed that her daughter could be everything she wanted.  In a modern society, her girl could be a doctor, a teacher and even an astronaut. She could enjoy different activities such as riding a horse, traveling by plane, swimming in a pool or a sea, walking her pet. Thus, Ruth decided to create a toy that would help little girls imagine the future.

Barbie was first introduced on March 9, 1959 at the American International Toy Fair. The inspiration in the creation of the Barbie figure was a German babe called Bild Lilli. This baby was a comic book character and was popular among the adults.Ruth Handler came across this baby during a trip to Europe with her kids Barbara and Kenneth.  Mattel then purchased Lilli’s copyrights. Ruth created Barbie by redesigning it. Barbie baby also became popular among children after the launch in 1959. Barbie’s clothes were sold separately and children loved to dress up different clothes to this baby, so it became popular among children. Thus, Ruth’s idea of the little girls imagining the future through a toy came true.

Mattel has sold more than 1 million from Barbie Doll sets. Billions of children grew up with Barbie toys and the toys became their role model. For this reason, Barbie has billions of fans. We have designed their silhouette head image logo and writings for Barbie fans. We have published these designs in the form of eight separate files. All files are printable and cuttable.

You can use the free Barbie silhouette SVG file in your graphics projects as well as using it as a cutting file for digital craft machines like cricut. The Barbie Transparan Black PNG file is a high resolution graphics file. You can download the EPS file to create Barbie Clipart and graphics files with a software such as Adobe Illustrator. Barbie DXF and DWG file are CAD drawings. The DXF file can also be used as a cutting file on CNC-based cutting machines. The PDF file is a printable Barbie Outline Template file. The CDR file is the vector file that includes outline vector drawings.

These designs are for personal use of Barbie fans. All the copyrights of Barbie belong toMattel. You cannot use the drawings in these files commercially without making a commercial license agreement with Mattel company. You accept this condition by downloading these files. 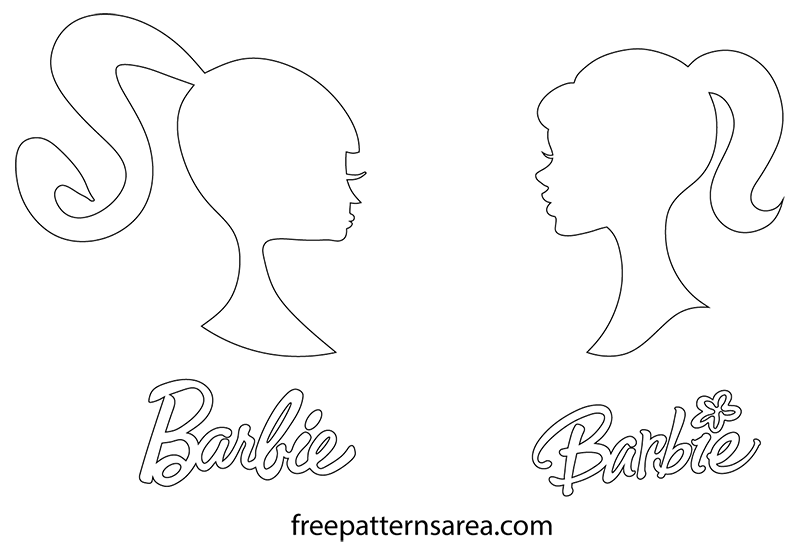 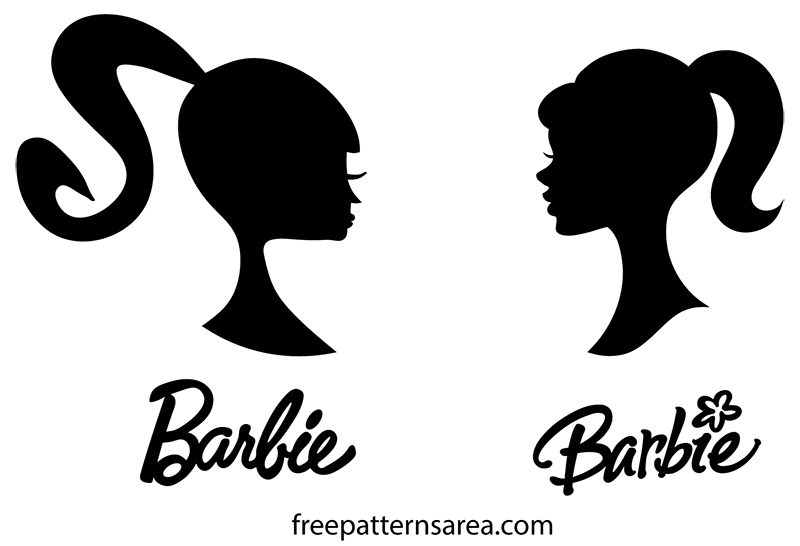